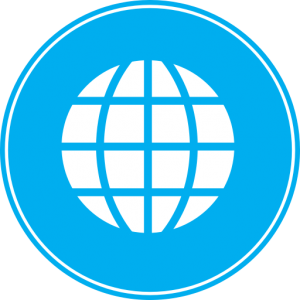 Description Somewhere in a carefully observed multiverse, a bodybuilder tests a new device intended to cater to his every size ambition.

Added: 14 Jul 2017. Somewhere in a carefully observed multiverse, a bodybuilder tests a new device intended to cater to his every size ambition.

Hello, my nickname is Doctor Doomsday. Sounds ominous as fuck, doesn’t it? Like some kind of comic book bad guy. The truth is quite different: I owe that nickname to my job. It’s a bit complicated, but I save the world on a daily basis and honestly the job is so whack, I really have to share.

I’m in charge of the Doomsday Prevention Observatory (DPO). Every piece of tech and every invention involving AI (artificial intelligence) has to be validated by the DPO to ensure that they won’t destroy the world by accident. AI can be incredibly stupid sometimes. One wrong maneuver and boom! Doomsday.

So, here’s what do I do, and why it’s so fun. I run a multiverse observatory. For those who don’t know what the multiverse is, it’s a ensemble of alternative realities over which any probable scenario will happen. I don’t really observe a multiverse, though, I just simulate one.

For each invention that I have to validate, I generate a finite curve in the simulated multiverse. A finite curve is a segment of the multiverse in which two conditions are met: (a) the DPO doesn’t exist, and (b) the invention I need to check does exist. And then I check the percentage of those universes that are getting destroyed by said invention, and under which conditions. I then formulate a favorable or unfavorable review of the invention and a list of recommendations to make the device foolproof.

So where’s the fun, exactly, in watching humanity obliterate itself following the release of the next-gen intelligent refrigerator? I get what I call joker worlds—those are realities with an absolutely outrageous yet plausible scenario. I do some cherry picking in each simulation I run to gather the funniest, darkest or naughtiest ones. So …wanna how humanity went extinct because of a guy with too big a dick?

Here, check out the file. I have it right here.

Project synopsis: A nanite powered computer and biosynthesis system merged with the human body. Designed to enable the body to assimilate nutriment without feeding the subject and optimize human body adaptability to one’s need.

To test the use of the Human Biosynthesis Embedded System (referred to as HBES), the conceptors picked Jason Cooper, a 27-year-old body-builder as a human test subject. This choice was motivated by the subject’s extreme lifestyle: his calorie intake and daily diet were so restrictive, and the use of anabolics and steroids were severely impacting his bodily functions. HBES was supposed to meet his needs and alleviate side effects. Jason spent two weeks under medical observation to see how the HBES reacted to his body.

The weak link in that scenario was that the HBES reacted on conscious and unconscious levels and that Jason suffered from a severe case of bigorexia—a compulsive and obsessional need for size.

For the first week after the initial installation, Jason was considered a success. His muscle mass was slightly increasing while losing the abdominal swelling due to steroid use and showing less signs of chronic acne as well as no depression from being cut from steroids. (A first sign of the upcoming mass extinction could have been detected with a 28% chance of saving the world). Testicular and penile size of Jason had almost reverted to pre-steroid treatment.

Jason’s penis quickly became his new obsession. Despite the so far unremarkable side of his genitals, the growth of his previously under-average penis had filled him with an insatiable hunger for more. He was following the growth of his manhood on a daily basis and very careful of hiding its development to the research team, for fear they would halt its growth before Jason judged he had enough.

At two weeks Jason was released from daily medical custody and returned to live on his own in his flat. Without the supervision of medical authorities, Jason started undergoing gruesome bodybuilding workouts to test the limits of the HBES inside him. He also indulged himself to numerous sexual encounters featuring sthenolagnia (commonly referred as muscle worship). While Jason’s muscle increased at an uncommon rate, the HBES was working overtime on his genitals, adding more than quarter an inch per day. (Prolonged medical custody would have had a 16% chance of saving the world).

After that third week, the HBES had overrun Jason’s mind with a unpreceded need for size. His mind in turn was feeding the HBES data to induce growth. Jason’s sexual activity also provoked an increase in the HBES. Jason was having intercourse on a daily basis with one or several worshipers. They worshipped his muscle mass and his now above-average penis. They also obtained sexual release at the idea of Jason’s growth. The HBES reinforced the expansion process of Jason’s genitals in order to allow him to maintain levels of gratification through sexual activity (perceived by the HBES as a healthy response).

As the fourth week rolled in, Jason had already lost the ability to properly mate with most partners due to his size. Despite that, numerous partners kept on worshiping him and expressing sexual desire and release at the growth of his genital. The exponential activity of the HBES was intentionally kept away from medical authorities by Jason and his entourage.

As is commonly the case after crossing the PSF, the doomsday mechanism accelerated. Jason’s genital growth rocketed to daily gain exceeding the previous weeks. The fifth week Jason entered an irrational state of mind and became totally dependent on his worshipers. Around Wednesday of that week, Jason’s soft penis was reaching the ground, the weight of his genitals was preventing him from standing too long or moving around his flat. He stopped going to work. The medical authorities were alerted, but Jason’s worshipers moved him to a remote area so that his growth would not be disturbed. Jason was settled in a barn in a rural area three hours away from his usual residence. In not a single occurrence of that reality cluster Jason was found in time. By the end of the fifth week Jason’s testes were resting on floor and his erect penis had exceeded the volume of his main body.

By the sixth week Jason’s growth was constant and observable, the HBES having replicated the nervous terminals on in his genitals. Jason was in a state of trance-inducing priapism (unsubsiding erection), rendering him totally oblivious to his surrendering and potential consequences

Jason’s penile development kept accelerating. The HBES had also severely augmented his muscle mass and cardiovascular system to maintain his ever growing penis. Jason’s main body was 1m98 for 357kg of muscle with an extremely prominent vascular system.

Four worshipers were taking a daily care of Jason. Medical authorities looking for him were unaware of the extent of his condition and the upcoming mass extinction.

At that point Jason’s penis had wrecked the barn in which he was concealed. The sexual frenzy of him and his worshipers only increased the speed of his development.

Despite the alarming size and exponential growth speed of Jason, his worshipers kept on encouraging and taking care of him. That day the HBES reached a new critical power threshold resulting in Jason’s growth reaching the speed of 1km per day (26cm per second slightly under a foot per second). By midday his penis was reaching higher than the Eiffel tower (300m) and the growth was constantly accelerating.

Jason’s growth reached and surpassed the average human speed walk by the morning of that day. His ever increasing growth speed finally scared his worshipers and drew the attention of third parties.

Incredulousness and panic coursed through the whole country as the news was made worldwide that a man’s penis was growing at an uncontrollable rate. With the ever-accelerating growth of Jason, at 1200 hours on the 48th day, the tip of his erect genital had cross the limit of earth’s atmosphere (approx. 800km or 497 miles). The thermal and pressure shock exerted on the glans triggered an orgasmic reaction. First, the orgasm provoked a major augmentation of Jason’s genital, such that it shook the whole planet. Then, the several thousand tons testicles started pumping Jason’s seminal fluid and sperm across the roughly 1000km (620 miles) shaft, as Jason ejaculated a force of several million megatons was exerted on earth resulting in a global earthquake of magnitude 13 on the Richter scale.

Due to the recoil of the ejaculation, Earth was expulsed from its orbit resulting in a mass extinction by 2200 hours.