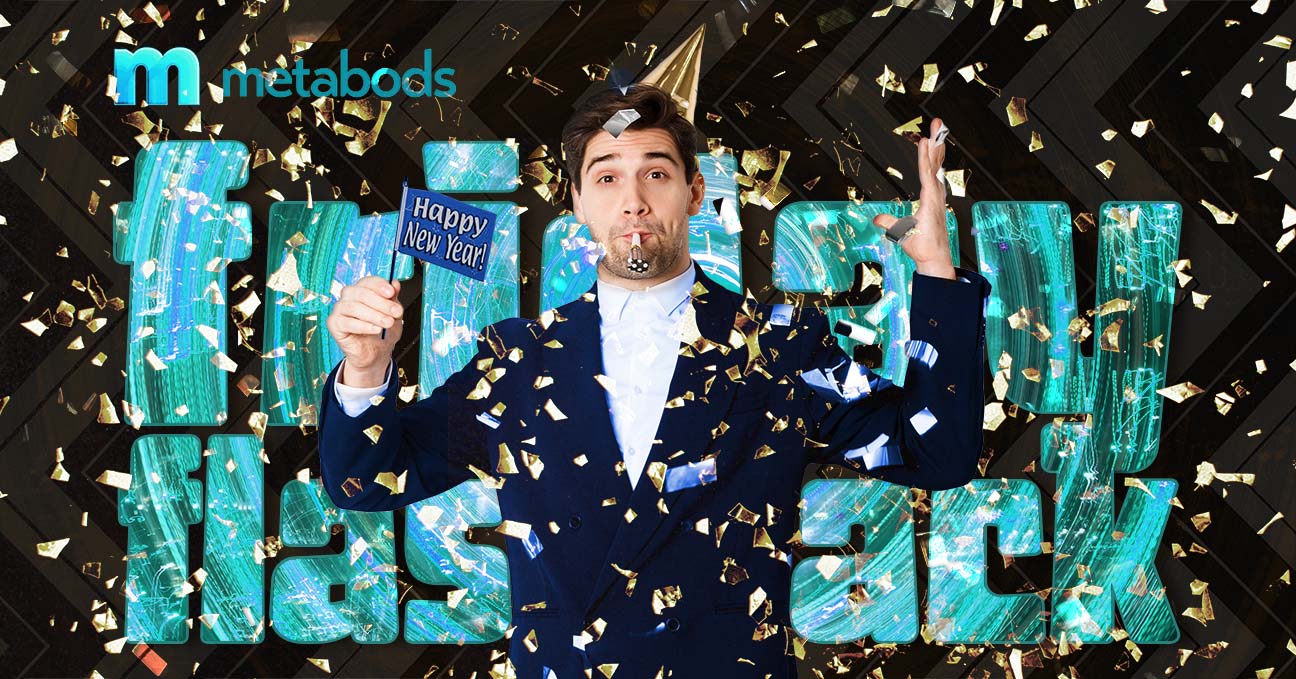 T
Though retrospectives of 2020 itself may not be exactly welcome in all quarters, I am proud to review the year in Metabods. It’s been a strong year for the site, with yet another a new crop of talented, envelope-pushing writers joining the site and adding in their stories alongside authors who’ve been bringing us about hot guys made hotter for years. The site boasts over 1,700 stories and over 5,000 story chapters from 500-plus authors. The number of story views is averaging around 12,500 per day and 350,000 per month, sometimes spiking over 400,000. What that means to me is lots of smiling faces sharing stories you might not find someplace else: that’s what I’m here for.

I’m very happy with my own writing this year, and the overhaul of the site coding and design that I instituted in October, slashing page load times and simplifying the look and feel of the site. My involvement with Metabods, as a writer, a coder, and an editor, is important and gratifying enough for me that the change of year comes with two important experiments. First, I’m commemorating five solid years of regular, biweekly updates by shifting to a new weekly schedule, with new stories by me and by site contributors posted every Saturday. Second, I’m trying out direct commissions by PayPal alongside the tiered monthly patronage on Patreon. I don’t know if these innovations will last long enough for me to be still doing them by the next year-end review. I have a real life, too, and occasionally the time I make for Metabods and the time required by my other careers conflict. I might have to go back to the old system. But I want to give it a shot. Knowing there’s new stuff every week removes that “Is it an update week?” question visitors sometimes ask when they’re thinking about the site, and may increase exposure to new visitors who’d appreciate knowing a site like this exists. It may also even out my own personal weekly routines; I’ll have to see how that goes.

As I did for 2018 and 2019, I’ve put together lists of the top stories on the site in 2020 according to the votes and views received during the last 12 months, which are shown below. There aren’t too many surprises, so think of it as a Golden Globes where you already know who’s been talked about so much they’re bound to be up on stage with a goofy smile and a weird-looking tux.

Last year’s most-viewed list was not just a straight view count, but gave weight to stories with views from more discrete IP addresses, giving stories with broad appeal some priority over ones that looked at more often by a smaller group within the overall cascade of views. I did the same thing this year. The list contains a number of evergreens that always get a lot of hits, of course, but I’m very glad to see new stories, some from authors brand new to the site, occupying a significant proportion of the list.

Most Popular Stories by 2020 Views

A view-count list like this tends to favor stories that keep getting updated with new chapters, so a story that was already a hit such as “An Unexpected Inflation” kept getting boosted (appropriately enough) by the frequent addition of new chapters. My own writing tends toward starting new stories over continuing old ones, which tends to limit my presence on the year-end tote board; the exceptions mostly are stories like “One Hot Summer” that I updated repeatedly thanks to ongoing Patreon commissions—but “Mind and Body”, one of my most popular stories and one I’ve been meaning to get back to, is in there too.

For the top-rated stories, I again weighted stories with votes from a wider range of IP addresses to goose those stories that had wide appeal. This list is based on votes cast in 2020 and includes stories with the highest star ratings that had at least 5 votes during the year. In both lists, IP addresses banned for abuse of the star system were excluded.

Most Popular Stories by 2020-Cast Votes

The ranking by votes, in contrast to the ranking by views, tends to highlight new stories that got a lot of attention and positive reaction during the year. My own presence on this list is stronger (and some of the BRK stories appearing here surprised me), but this list also calls out a lot of new authors who have made some valuable contributions to the site, and whose hard work is much appreciated by me and the Metabods visitor community.

More changes will come in 2021. In the near term, I will definitely be adding a login so that you can bookmark your favorite stories and watch your favorite authors. Most of all, I’m going to keep writing, and I’m going to keep sharing the stories that you come to Metabods to find. Have a safe and healthy 2021, and may all you good wishes come true.